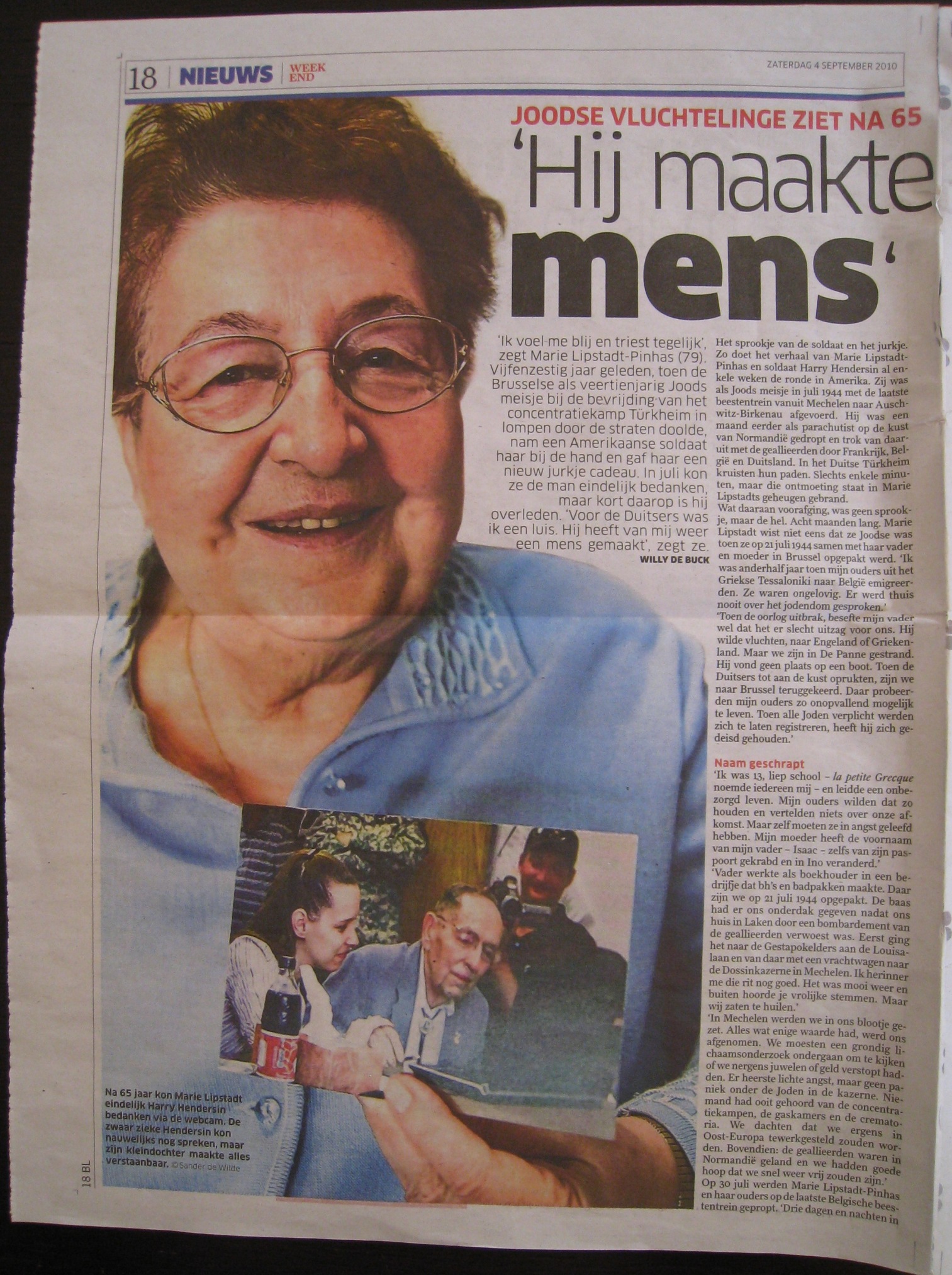 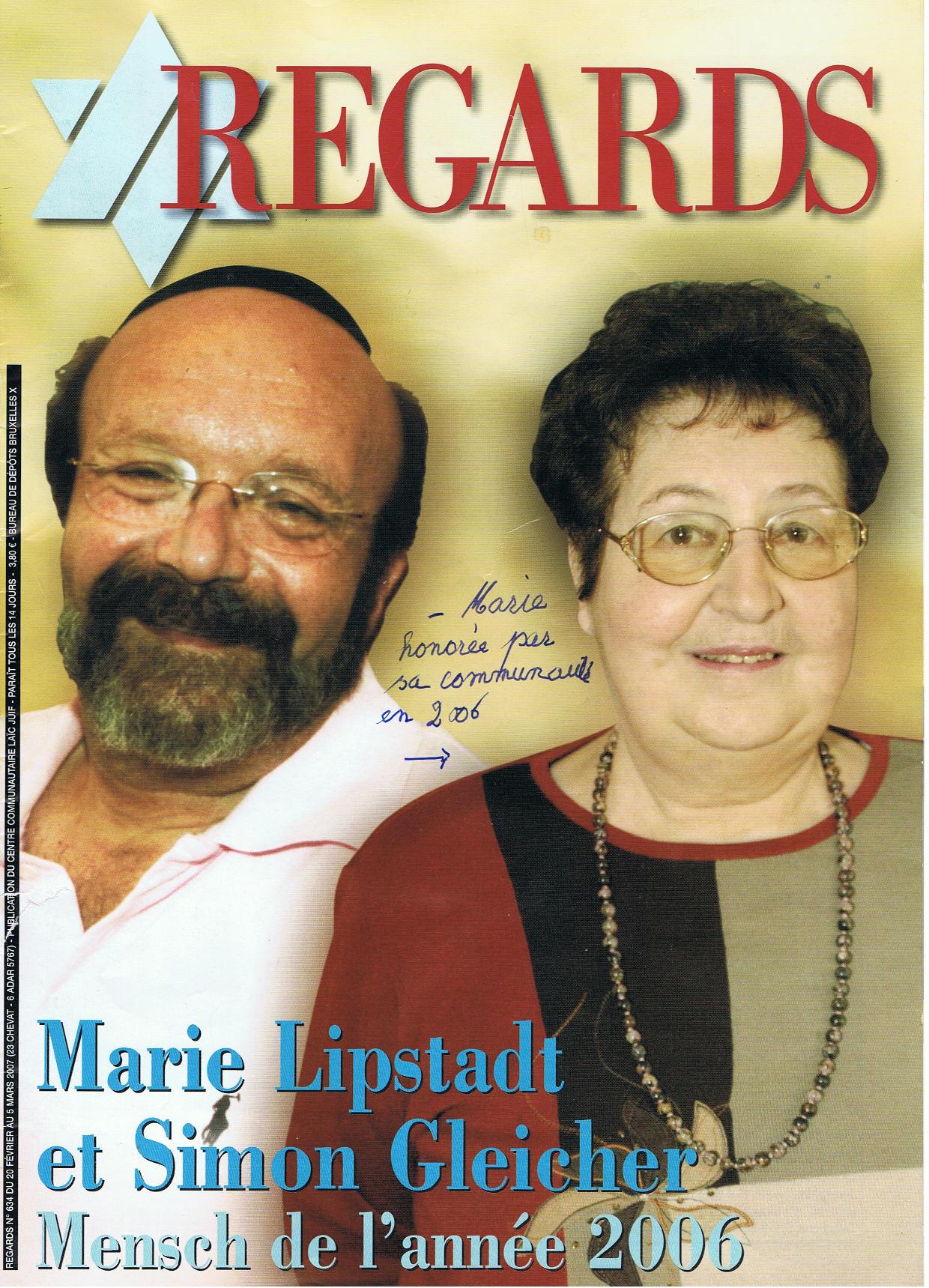 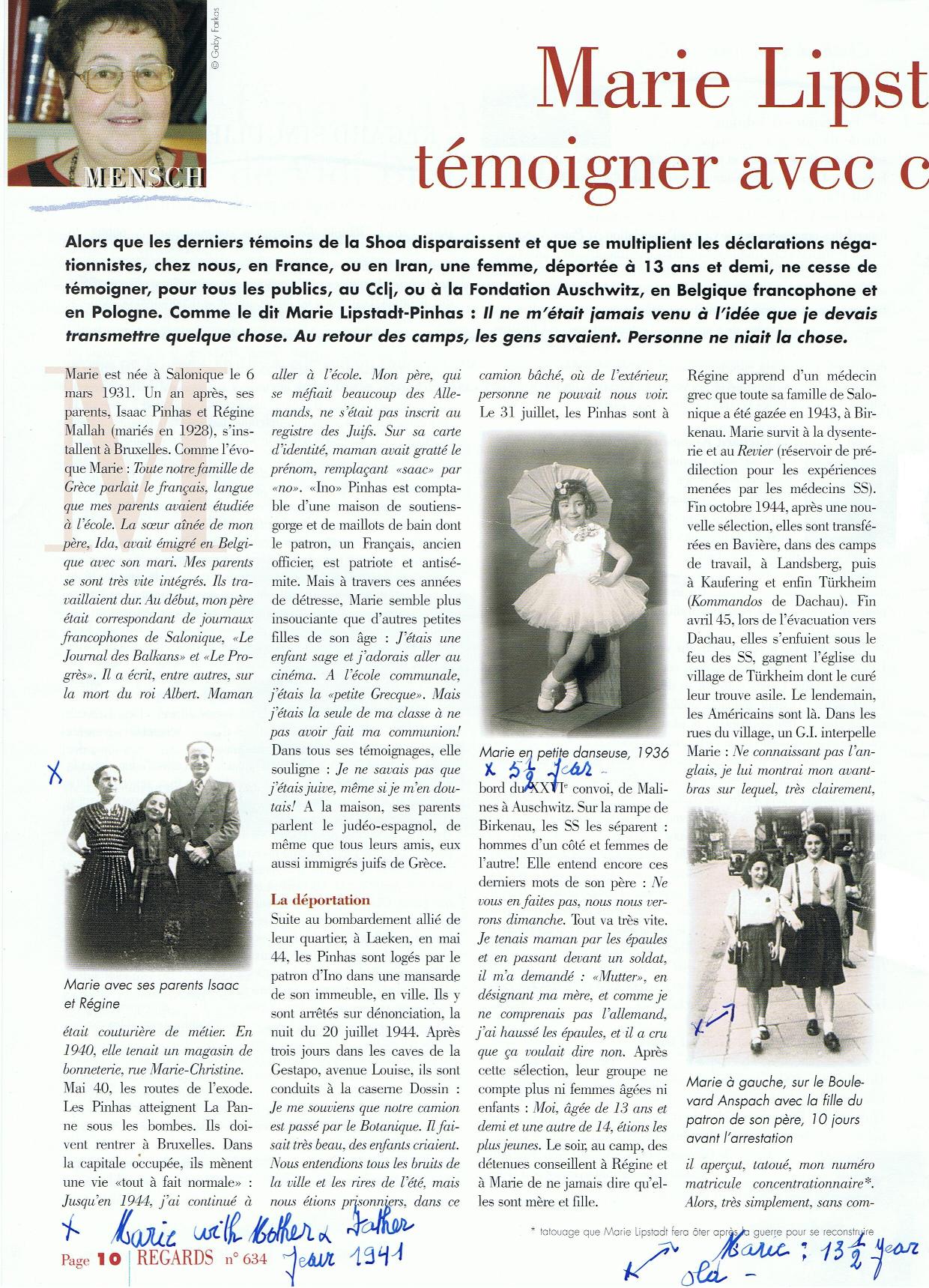 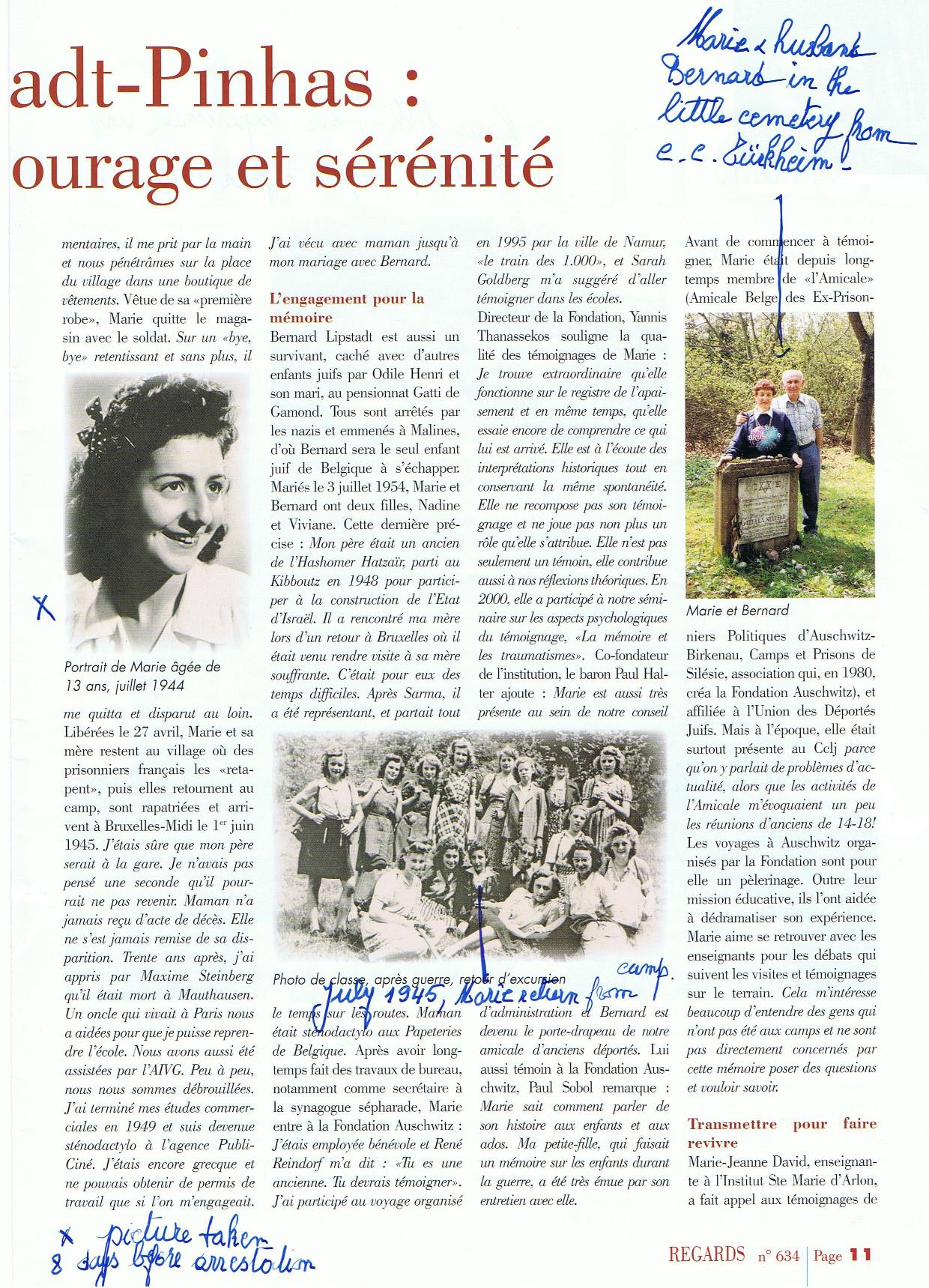 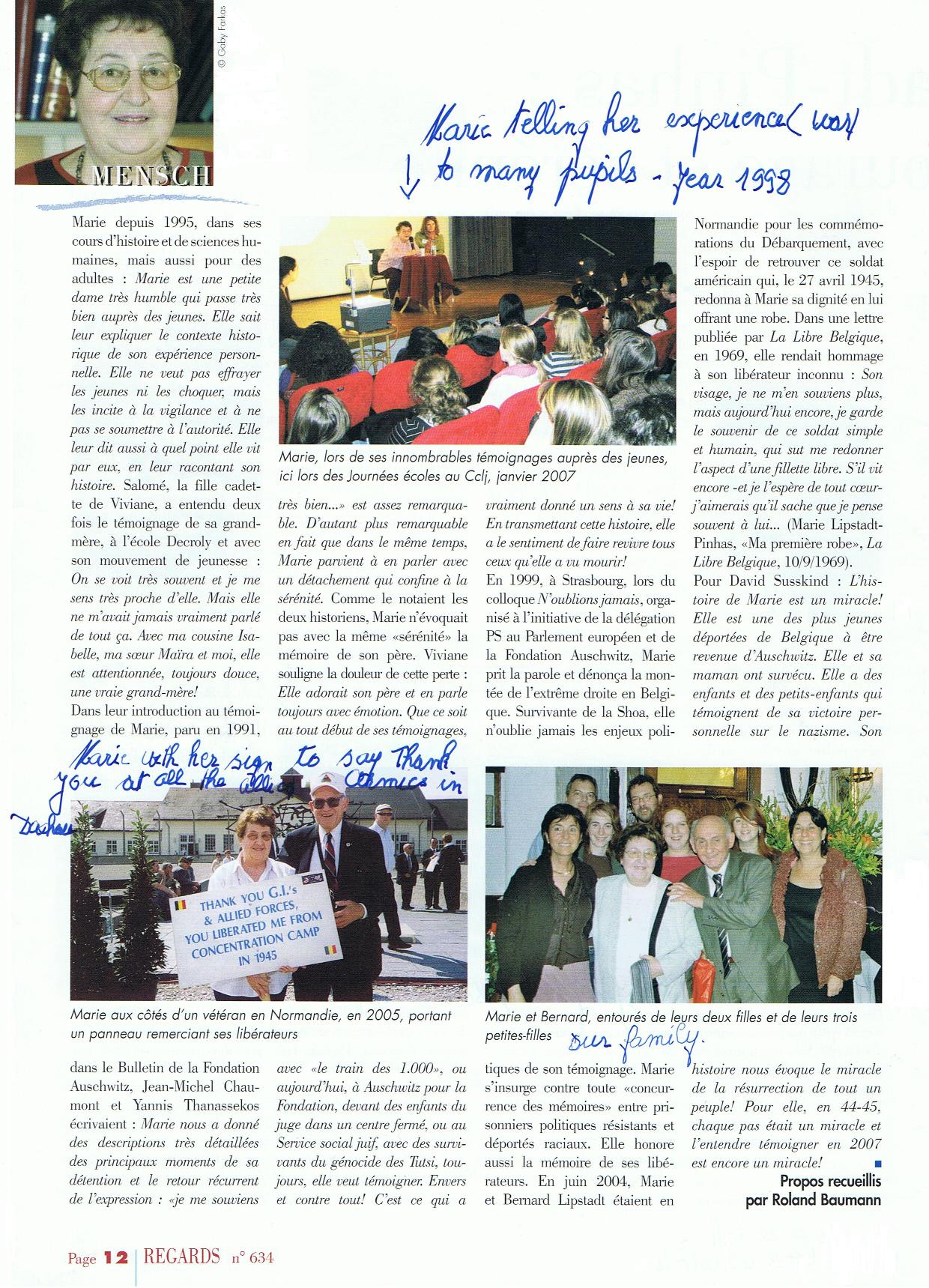 This letter is probably the most emotional that we have received. We publish it in full.

27th April 1945. The cannons thundered the whole night and it was early in the morning that American troops liberated our concentration camp near the village of Tuerckheim, in Bavaria. No outburst surely, in enemy country, but for us, the final certitude to be free and alive. Only fourteen years old and already for me to be aware of all human cruelty - I should say inhuman cruelty, against us.

A little lost, naturally - what to do with this new freedom? - I walked in to Tuerckheim, looking for somebody friendly, when a G.I., very tall, addressed me sharply. I didn't understand English, so I showed him my forearm on which he could clearly see my tattooed concentration camp registration number.

Then, very simply, without comment, he took my hand and led me into a well stocked clothes shop on the village place. Standing me in front of a mirror, the G.I. gave me one dress after another, one too long, the other ugly. I was very moved with gratitude for this man, who during this terrible war, was concerned enough to want to find a nice dress for a young girl, who was wearing rags after being liberated from concentration camp.

We took a dress, without paying, while the shop keeper looked at us in a hostile manner. The soldier was apparently very satisfied to see that I was now nicely dressed. With a strong voice he said, "Bye bye", leaving me and walking off into the distance.

I don't remember his face, but in my mind is imprinted the memory of this soldier who gave me back the appearance of a free girl.

If he is still alive - and I hope it so much - I would like him to know that I often think about him, and it would be marvellous if he could recognise himself in this story.